This is a case of Self Defense and Defense of Relatives. Let’s support PMAJ Baylon by sharing this post.

The original post by Bombo Radyo Iloilo was written in Hiligaynon. Here’s the translated version in English of the news:

Chief of Police of Malay Police Station, jailed for shooting his wife’s cousin in Cabatuan, Iloilo 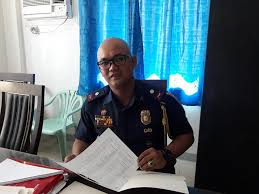 Iloilo City – PMAJ Jess Baylon, Chief of Malay Police Station, remains in jail after he shoot the cousin of his wife during the birthday celebration of their son/dauther in Barangay Tinio-an, Cabatuan, Iloilo.

Based on the report, while the birthday celebration was ongoing, a fight ensued between the shooting victim named Dennis Baylen, 27 y/o and his uncle Lamberti Baylen.

Based on witness testimonies, the uncle entered the house of PMAJOR Baylon to seek assistance in pacifying the unruly Dennis Baylen.

It was stated (in witness accounts) that Major Baylon closed the gate of his house but Dennis Baylen forcefully opened it and he went on a rampage by throwing rocks towards Baylon, hitting Baylon’s wife, who in turn lost her consciousness.

Because of these series of events and to prevent more harm, Major Baylon was forced to fire upon the leg/foot of Dennis Baylen.

The victim was immediately brought to the hospital and after his threatment, Dennis Batlen was referred to the outpatient department of the hospital as the wound is not serious.

Eyewitness accounts also stated that 4 to 5 shots were heard in the area.

After the shooting, Major Baylon surrendered to the police.

Both families are now planning to file counter charges against each other.

Note:
Atty Reynold Villania has a good guidance about these cases for the report of the police station. The person shot should not be called victim as he was the aggressor and Major Baylon merely defended himself and his family, in his own domicile.

Marinong Pulis
This blog is an attempt by the author to create an alter-ego that is not bound by rank, hierarchy or politics. One that does not represent his personal character but rather shall remain as an identity purely found online.
http://www.angmarinongpulis.com

The PNP Maritime Group’s STP for Maritime Trooper Course (MTC) and Maritime Law Enforcement Course (MLEC) is one among those certified.

Press release by Manny Piñol Two Multi-Mission Offshore Vessels (MMOV) made by Filipino engineers and shipbuilders in the shipyards of Navotas will be commissioned by President Rody Duterte in ceremonies in Davao City on December 22 this year. The two vessels, MMOV Lapu-lapu and MMOV Francisco Dagohoy, will join the growing fleet of the Bureau […] 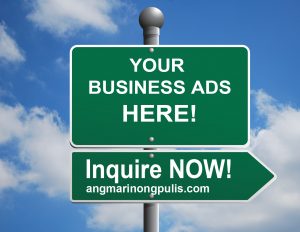 This may interest you

THE INCONVENIENT TRUTH ABOUT LUMAD SCHOOLS

Update! RELEASE OF PNP YEAR-END BONUS AND CASH GIFT WILL BE ON…

You have successfully subscribed to the newsletter

There was an error while trying to send your request. Please try again.